By Jordan B. Schwartz and Eric J. Conn 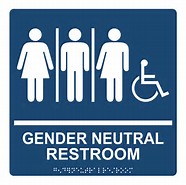 The Department of Justice (“DOJ”) and the Occupational Safety and Health Administration (“OSHA”) have long enforced accessibility and sanitation standards for restrooms for workers and the public – an idea that generally makes sense viewed as a health and safety concern.  In the last few years, however, new policies at the state and federal levels on transgender issues mean all employers must pay particular attention to rules and enforcement regarding access to restrooms.

Indeed, OSHA has now found a way into the highly political and social issue of transgender equality by making its own policy pronouncements on access by workers to restrooms of the gender with which they identify.  In 2015, Assistant Secretary of Labor for OSHA Dr. David Michaels explained the Agency’s position on this when he unveiled a new OSHA Guide to Restroom Access for Transgender Workers, he said:

“The core principle is that all employees, including transgender employees, should have access to restrooms that correspond to their gender identity.”

The emergence of bathroom issues from a legal and regulatory standpoint is not limited to the transgender issue.  This article addresses the complexities of this subject and how it affects regulatory compliance and employment law liabilities.

There are numerous employment law obligations for employers in the transgender area.  Title VII, for example, prohibits discrimination based on sex, which includes treating employees differently for failing to conform to sexual stereotypes.  The Attorney General has issued a memorandum expressing that Title VII specifically prohibits discrimination because END_OF_DOCUMENT_TOKEN_TO_BE_REPLACED

As states continue to pass legislation legalizing medical marijuana and with nearly twenty states passing laws decriminalizing the use of marijuana in some capacity, employers often inquire as to how they should consider marijuana use during the employment screening process.  Nowhere is this the case more than here in the nation’s capital.

In an effort both to move forward with greater protection for marijuana users and provide employers with guidelines for protecting the rights of recreational marijuana users, the District of Columbia passed the Prohibition of Pre-Employment Marijuana Testing Act of 2015 (the “Act”), which went into effect on August 14, 2015.

The Act could have a significant impact on employer’s drug testing practices in the District, and could require revisions to current policies and practices.

As the name implies, the Act prohibits D.C. employers from testing prospective employees for marijuana in the “pre-employment” stage – that is, prior to the extending of a conditional job offer.  As a result, it is now unlawful for an employer in D.C. to test a job applicant for marijuana use until after he or she has received a conditional offer of employment.  Notably, the Act does not provide for any exceptions.  Thus, an employer cannot require that an applicant submit to a drug test for marijuana even if the position that the applicant is seeking involves safety or security concerns for which the applicant’s usage of marijuana could be a disqualifying factor.  END_OF_DOCUMENT_TOKEN_TO_BE_REPLACED

Title III of the Americans with Disabilities Act (“ADA”) prohibits discrimination against individuals on the basis of disability with regard to their participation and “equal enjoyment” in places open to the public, or “places of public accommodation.”  Under this law, places of public accommodation, such as stores, restaurants, hotels and gyms, are required to make goods and services available to and usable by individuals with disabilities on an equal basis with members of the general public.

The U.S. Department of Justice has issued regulations to address specific requirements of the ADA. These requirements include detailed architectural requirements known as the ADA Standards for Accessible Design (“ADA Standards”), which are based on federal ADA Accessibility Guidelines (“ADAAG”).

The ADAAG address golf courses and other recreational facilities. These guidelines were developed to make certain activities such as golf are accessible to as many golfers as possible and not detract from the fundamental challenge and nature of the game. In short, the law requires golf courses to meet specific requirements so long as they are “readily achievable.”  If the requirements are not “readily achievable” a safe harbor exists for non- compliance. To be exempted under this readily achievable standard, a golf course would need to show that the cost of making its course accessible is beyond its financial means.

END_OF_DOCUMENT_TOKEN_TO_BE_REPLACED 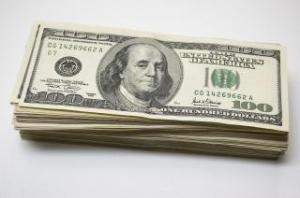 The federal Fair Labor Standards Act (“FLSA”) establishes minimum wage and overtime rules for employees, guaranteeing overtime pay at a rate of not less than one and one-half an employee’s regular rate of pay for hours worked in excess of 40 in a workweek.  While these protections extend to most workers, the FLSA provides a number of exemptions, known as “white collar exemptions,” for executive, administrative, professional, outside sales and computer employees.  Currently, to be classified as exempt, an employee must (i) be paid on a salary basis at least $455 per week ($23,660 a year); and (ii) meet certain minimum tests related to his or her primary job duties.

The U.S. Department of Labor (“DOL”) issued new proposed regulations to the FLSA.  These proposed regulations have been in the works since President Obama issued an Executive Order in March 2014 in which he directed the DOL to update and modernize the existing “outdated” FLSA exemptions so that the law would address the changing nature of the workplace and only exclude higher paid employees from overtime.  The proposed rules drastically increase the number of workers that would qualify for overtime pay, forcing employers to make a serious, proactive effort to review current employee classifications.

Through this rulemaking, the DOL has proposed that the minimum salary threshold for exempt status be raised from $455 per week to $970 per week, or $50,440 per year.  This new proposed level is equal to the 40th percentile of weekly earnings for full-time salaried workers (based on projected data for the first quarter of 2016), as the DOL has determined that the 40th percentile of weekly earnings would “serve as a better proxy for distinguishing between overtime-eligible and exempt white collar workers.”

Thus, an employee making less than $50,440 per year as of 2016 can no longer qualify for any “white collar” exemption.  This change is particularly impactful for mid and lower-level manager and assistant manager positions END_OF_DOCUMENT_TOKEN_TO_BE_REPLACED