Following President Obama’s 2014 “Fair Pay and Safe Workplaces” Executive Order (EO 13673) — in August the Federal Acquisition Regulatory (FAR) Council in conjunction with the Department of Labor (DOL) issued its controversial Fair Pay and Safe Workplaces rule, which was scheduled to take effect on October 25, 2016.  Among other things, this rule, commonly referred to by opponents as the “blacklisting” rule, requires potential federal contractors and subcontractors bidding on any deal worth more than $500,000 (with several exceptions) to disclose violations of labor law, going back three years.  Contracting officers would be required to take those disclosures into account in their decisions as to whether to award or extend contracts, based on whether they showed “serious, repeated, willful or pervasive” labor law violations.  Our OSHA group previously blogged about this rule when it was in its proposed stages. Although the final rule does contain some important changes from the proposed rule, such as a phased-in reporting requirement and unique subcontractor reporting obligations, you can check out that blog post for insight on the potential impact of this Rule from an OSHA perspective. 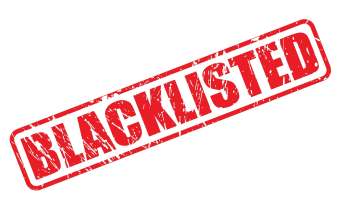 On October 7, 2016, several trade groups (including Associated Builders and Contractors Inc. and the National Association of Security Companies) filed a lawsuit requesting a Temporary Restraining Order and Preliminary Injunction in which they sought to enjoin the implementation of EO 13673, the FAR regulations, and corresponding guidance from the DOL.  In the lawsuit, the plaintiffs argued that the rule would violate contractors’ First Amendment and due process rights and harm fair and open competition for federal contracts in the marketplace by forcing bidders to disclose allegations of labor law violations that were not yet fully adjudicated.  The suit also argued that the rule constituted an unprecedented overreach of executive authority into matters previously controlled by Congress.

END_OF_DOCUMENT_TOKEN_TO_BE_REPLACED

Even though the DOL has not been cleared to issue its contentious blacklisting rule under President Obama’s “Fair Pay and Safe Workplaces” Executive Order (“the Blacklisting Rule”) – and despite legal and congressional challenges – the National Labor Relations Board (“NLRB”) is forging ahead with its own plan to collect data that could tarnish federal contractors and bidders as a company with a history of labor disputes.

Under the Blacklisting Rule, federal contractors bidding on jobs worth at least $500,000 are required to report data on labor violations, such as citations by the Occupational Safety and Health Administration, in their contract bids.

The federal government plans to implement the rule partly by compiling contractors’ information in a DOL database; newly appointed Labor Compliance Advisors at contracting agencies will use that data as part of determining contractor “responsibility” in awarding federal jobs. The DOL has a pending rule under White House review to carry out Obama’s Order and does not yet have the go-ahead to implement this new database.

Still, in a pro-labor friendly move that is not uncommon of the NLRB in recent years, the agency has started to collect data under the Blacklisting Rule’s disputed tracking system. END_OF_DOCUMENT_TOKEN_TO_BE_REPLACED