Under the Multiemployer Pension Plan Amendments Act (“MPPAA”), an employer can be liable to a multiemployer pension fund if it partially withdraws from that fund either by reducing its contributions by 70 percent over a three-year period, or where “there is a partial cessation of the employer’s contribution obligation.” 29 U.S.C. § 1385(a). 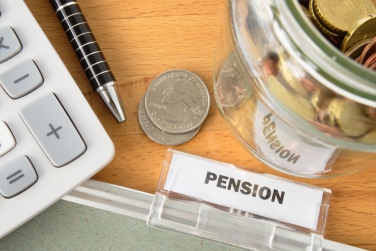 In a recent case, the Third Circuit Court of Appeals rebuffed a multiemployer plan’s attempt to broaden the application of the CBA take-out provision. Instead, in Caesar’s Entertainment Corp. v. International Union of Operating Engineers Local 68 Pension Fund, Case No. 18-2465 (3d Cir. Aug. 1, 2019), the Court followed and applied the statutory requirement that an employer should be liable only where it continues to perform work for which it previously had an obligation to contribute.

Caesar’s Entertainment Corp. (“CEC”) operated four casinos in Atlantic City, each of which was obligated to contribute to a multiemployer pension fund through a collective bargaining agreement covering certain engineering work performed by the employees. When CEC shut down one of the four casinos in 2014, it stopped making contributions to the Fund for the engineering work which had previously been performed there. However, it continued to make contributions for the engineering work performed at its other three casinos. Nonetheless, relying on the CBA take-out provision (which the Court labeled as the “bargaining out” provision), the Fund assessed a partial withdrawal liability against CEC.

The Fund argued that the “bargaining out” provision applied because CEC had ceased to have an obligation under one or more, but fewer than all, of the CBAs, and continued to perform work of the type for which contributions were previously required at its other three casinos. The Fund ignored the fact that CEC was required to contribute to the Fund for all of the engineering work at the three casinos that remained open.

Relying on the plain language of the statute, as well as 1980’s era guidance from the Pension Benefit Guaranty Corporation, the Third Circuit held that, for the “bargaining out” provision to apply, the work that continues to be performed must not be work of the type for which contributions are still required. Thus, because CEC was obligated to contribute to the Fund for all the engineering work at the other three casinos, no partial withdrawal had occurred.

While the decision is a rather straightforward application of the statute, the Court might have reached the same result by simply clarifying that “the jurisdiction of the collective bargaining agreement” refers only to the location at which that agreement had been in place. That is, if the employer “bargains out” of an obligation to contribute under one CBA, and continues to perform the same work within the jurisdiction of that CBA, it has triggered a partial cessation. But where, as was the case with CEC, the employer simply shut down a location and did not continue performing any work there, it has not triggered a partial cessation.

Following a broader trend, the Fund sought to broaden the proper reading of the “CBA take-out” provision in an attempt to recover withdrawal liability. In recent years, attempts by multiemployer funds to expand the application of the statutes to collect more withdrawal liability have become increasingly common. Because of this willingness to push the boundaries of the MPPAA, as many multiemployer pension funds continue to swirl the drain, employers should be on the lookout for any fund attempts to assess withdrawal liability even in situations where the employer has discontinued the work that gave rise to the obligation to contribute.