In a rare win for employers, the Seventh Circuit recently held that ERISA’s six-year statute of limitations barred a multiemployer pension fund’s claim for withdrawal liability against the withdrawn employer.

The case, Bauwens v. Revcon Tech. Group, Inc., No. 18-3306 (7th Cir. 2019), involved an increasingly common scenario, namely, where a pension fund holds a withdrawn employer in “default” for missing an installment payment of its withdrawal liability and failing to cure for sixty days after notice. 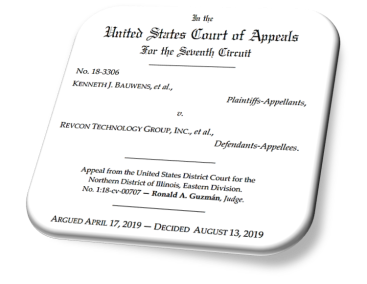 In such an instance, the Multiemployer Pension Plan Amendment Act (“MPPAA”) allows the fund to “require immediate payment of the outstanding amount” of the employer’s withdrawal liability. See 29 U.S.C. § 1399(c)(5).

In Bauwens, the company fell into default five separate times over the course of twelve years; but each time entered into a settlement agreement with the fund to resume installment payments in exchange for the fund dropping its collection suit seeking the entire accelerated amount. Finally, on the sixth such default, the fund again brought a collection suit, to which the employer asserted ERISA’s six-year statute of limitations. The court held that because the fund had originally accelerated the full amount of withdrawal liability in 2008, the six-year statute ran from that date. Thus, the statute expired in 2014 and the fund’s 2018 collection suit was too late.

Attempting to sidestep the statute of limitations, the fund argued it should be allowed to “decelerate” the employer’s withdrawal liability, such that each missed installment payment under the original payment schedule would generate its own cause of action and preserve the timeliness of the fund’s claim. However, the court refused the fund’s invitation to create federal common law to fill this alleged “gap” in ERISA’s statutory scheme.

While the court’s holding that the fund could not “decelerate” the employer’s withdrawal liability is worth noting, perhaps the more interesting aspect of the opinion is the court’s matter-of-fact statement of the underlying default statute. That is, that it “expressly permits pension plans to accelerate the entire outstanding withdrawal liability if an employer defaults on an installment payment.”

In recent years, some plans have declared certain withdrawn employers in default and purported to accelerate the total withdrawal liability immediately upon assessment. However, in many instances those assessments distort the difference between unfunded vested benefits and withdrawal liability. As the MPPAA makes clear, in a default situation, a fund may only accelerate the installment schedule; it may not claim any amounts not properly due under the installment schedule.

An employer faced with a default situation should immediately consult experienced withdrawal liability counsel to put the brakes on any fund attempt to collect more than is properly payable.