Last Friday, the National Labor Relations Board (the “Board”) returned to its long-standing independent-contractor standard, reaffirming its adherence to the traditional common-law test.  In deciding SuperShuttle DFW, Inc. on January 25, 2019, 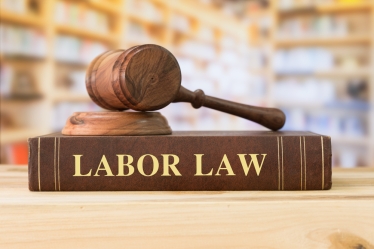 In SuperShuttle, the Board analyzed the issue of whether franchisees who operate shared-ride vans for SuperShuttle Dallas-Fort Worth are employees covered under the National Labor Relations Act (NLRA) or independent contractors.  Shuttle van drivers for SuperShuttle sought to unionize at Dallas-Forth Worth airport, but the protections of the NLRA do not extend to independent contractors.  The Acting Regional Director, in making her decision before the 2014 FedEx case, applied the traditional common-law test and found that SuperShuttle met its burden in establishing that the franchisees are independent contractors and not employees.  After overturning FedEx and applying the common-law test, the Board affirmed the Acting Regional Director’s decision.

To start, the Board explained that the inquiry into whether a worker is an employee or an independent contractor has traditionally depended on the common-law agency test, which involves the application of a number of non-exhaustive common-law factors.  Broadly, these factors, taken from the Restatement (Second) or Agency §220 (1958), include: (1) the extent of control over the details of the work; (2) whether or not the worker is engaged in a distinct occupation or business; (3) the kind of occupation, including whether the work is usually done under the direction of the employer or by a specialist without supervision; (4) the skill required in the particular occupation; (5) whether the employer or the worker supplies the instruments, tools, and place of work; (6) the length of time the worker is employed; (7) the method of payment, whether by time or by job; (8) whether or not the work is part of the regular business of the employer; (9) whether or not the parties believe they have an employer-employee relationship; and (10) whether the principal is or is not in business.  Importantly, the Board emphasized that, when it first adopted this test some 50 years ago, it said, “all the incidents of the relationship must be assessed and weighed with no one factor being decisive.”

However, the Board recognized that, in the years since first adopting the common-law agency test, it and certain courts have revisited and refined the test.  For example, the D.C. Circuit in 2009 observed that while the common law factors remain in play, an important principle in evaluating the factors in cases where some factors cut one way and some cut the other, is whether the position presents the opportunities and risks inherent in entrepreneurialism.  So, when the Board decided FedEx in 2014, a similar case involving FedEx drivers in a facility in Hartford, Connecticut, it sought to more clearly define the analytical significance of one’s entrepreneurial opportunity for gain or loss, ultimately holding that it would give weight to actual, not merely hypothetical, entrepreneurial opportunity.  As part of this, the Board in FedEx held that it would evaluate whether the evidence shows the putative independent contractor is “rendering services as part of an independent business.”  This, according to the FedEx Board, would not only show entrepreneurial opportunity, but also whether the putative contractor has a realistic ability to work for other companies, has a proprietary or ownership interest in his work, and has control over important business decisions (e.g., scheduling or performance, hiring, selection and assignment of employees, purchasing power, and commitment of capital).

While clarifying in a footnote that it does not suggest that the Board cannot refine or clarify its independent-contractor analysis, the Board in SuperShuttle found that the FedEx majority’s purported “refinement” was an impermissible, or at least an unwarranted, lessening of the importance of entrepreneurial opportunity.  It also said that, to the extent FedEx represents precedent, it is, at four years old, hardly “longstanding.”  The Board reasoned that FedEx limited the inquiry into entrepreneurial opportunity to a single aspect of a newly coined factor (“rendering services as part of an independent business”), thereby altering the test and greatly reducing the significance of entrepreneurial opportunity to the analysis.  Accordingly, for these and other reasons, the Board overruled FedEx and reinstated the traditional common-law test.

In assessing the facts of SuperShuttle, the Board found that the franchisees’ leasing or ownership of their work vans, method of compensation, and nearly unrestricted control over their daily work schedules and working conditions provided them significant entrepreneurial opportunity for economic gain.  These factors, along with absence of supervision and the parties’ understanding by agreement that the franchisees were to be considered independent contractors, led the Board to find that the franchisees are not employees under the NLRA.