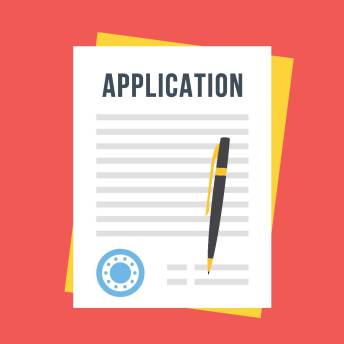 Hiring practices, by their nature, have the potential to impact large groups of individuals.  Employers using certain screening tools such as pre-employment tests and medical questionnaires may thus find themselves having to defend their policies and procedures in litigation brought by the US Equal Employment Opportunity Commission (“EEOC”).  Last year, the EEOC announced in its Strategic Enforcement Plan (“SEP”) for Fiscal Years 2017 – 2021 that it will continue to focus on “class-based recruitment and hiring practices that discriminate against racial, ethnic, and religious groups, older workers, women, and people with disabilities.”  Since issuing the SEP, the agency has filed a number of lawsuits across the country against employers accused of creating barriers to employment for individuals with disabilities.  These cases serve as important reminders that even the most well-intentioned employers should take a close look at the tools they are using to screen applicants for the various positions they are attempting to fill or run the risk of squaring off against the EEOC.

In EEOC v. M.G. Oil Co. d/b/a Happy Jack’s Casino, 4:16-cv-04131-KES (D. S.D.), the agency accused the defendant of discriminating against an applicant for a cashier position by revoking her conditional employment offer after learning she received a non-negative drug screen result.  M.G. Oil promptly filed a third-party complaint seeking indemnity and contribution from TestPoint Paramedical, LLC, the company which administered the drug test.  M.G. Oil accused TestPoint of failing to send the test results to a medical review officer to determine if there was a valid reason for the non-negative result. M.G. Oil’s gamble failed as the court dismissed the claims against TestPoint, leaving M.G. Oil to explain why it refused to reconsider its decision to revoke the applicant’s offer after she explained the non-negative drug test result was due to her lawful use of a prescription pain killer she took for back pain.  The EEOC also accused M.G. Oil of violating the ADA by requiring all employees to report both prescription and non-prescription medications they are taking.  Eventually, the Company entered a consent decree settling the lawsuit, agreeing to pay $45,000 and adopt company-wide policies to prevent future hiring issues under the ADA.  The company also agreed to only require employees to report prescription and non-prescription medications that may affect their performance.

The EEOC also filed suit against a South Carolina preschool operator that terminated an employee 30 minutes into his first day at work after he disclosed his participation in a medication-assisted treatment program for opiate addiction.  In EEOC v. Foothills Child Development Center, Inc., 6:18-cv-01255-AMQ-KFM (D. S.C.), the EEOC accused Foothills of violating the ADA by firing the erstwhile employee—hired as an afterschool teacher—once it learned that he had legally been prescribed Suboxone, a prescription medicine used to treat adults who are dependent on (addicted to) opioids.   Foothills, the EEOC alleged, failed to conduct an individualized assessment to determine what effect, if any, the Suboxone had on the individual’s ability to perform the job for which he had been hired.  Foothills and the EEOC reached an agreement resolving the matter that included a 5-year consent decree obligating Foothills to amend its drug use policy to exclude legally obtained prescriptions used in a lawfully prescribed manner.  Foothills also agreed to implement a procedure for conducting individualized assessments of employees enrolled in drug or alcohol treatment programs so the company can determine if the individual can safely perform the essential functions of their job with or without reasonable accommodation.

Requiring applicants to submit to physical examinations as a matter of course is also problematic.  The EEOC filed suit against Hirschbach Motor Lines in the US District Court for the District of Maine, accusing the company of using a pre-employment back assessment to screen and reject applicants it regarded as unable to work as truck drivers.  EEOC v. Hirschbach Motor Lines, No. 2:18-cv-00175-GZS (D. Me.).  According to the EEOC, the company used an assessment that tested an applicant’s ability to balance and stand on one leg, touch their toes while standing on one leg, and crawl.  Hirschbach, the EEOC claimed, used this assessment to screen out applicants with pre-existing injuries and/or medical conditions after they had already received a conditional employment offer.  The company allegedly used the test results to rescind offers even though the applicants had already received medical certifications from the US Department of Transportation (“DOT”) authorizing them to drive a truck.  Making matters worse, the EEOC discovered during its investigation that Hirschbach had a policy prohibiting its drivers from returning to work after missing work due to an injury or impairment to be 100 percent healed—meaning they are free of any restrictions or limitations.

Prior Injuries and/or Illnesses

Not surprisingly, the EEOC also takes issue with employers it believes have failed to hire applicants based on prior injuries or illnesses discovered during the application process.  Recently, the agency filed suit in the Middle District of North Carolina against a furniture distributor which it contends failed to hire a qualified applicant it regarded as disabled.  EEOC v. Ashley Distribution Services, Ltd., No. 1:18-cv-00338 (M.D. N.C.).  According to the EEOC, Ashley offered a truck driver position to an applicant on the condition that he obtain a DOT medical certification even though he already had such a certificate, meet the physical requirements of the job, and show that he could perform those duties.  The applicant obtained a second DOT certification and successfully completed a company-administered driving test.  He was then required to undergo a fitness for duty examination after disclosing a prior rotator cuff injury because the company was concerned, the EEOC asserted, about his ability to safely enter and exit its vehicles.  Ultimately, Ashley opted not to hire the applicant even though the EEOC contends he could perform the essential functions of the position.

Facing similar allegations, Capstone Logistics LLC agreed to settle a lawsuit filed by the EEOC in the US District Court for the District of Maryland accusing the company of discriminating against a deaf applicant.  EEOC v. Capstone Logistics, LLC, No. 1:17-cv-01980 (D. Md.).  The EEOC alleges that Capstone invited the applicant to visit one of its warehouses for an interview, only to cancel the interview upon learning that the applicant was deaf when he showed up for his interview.  While Capstone’s site manager promised that the company would reschedule the interview so that human resources could be present along with an interpreter, it never did so.  Instead, according to the EEOC, the site manager sent the applicant a text message explaining that the company determined there was no job it could offer that would be safe for the applicant even though nobody ever asked the applicant if he could perform any of the essential functions of the position with or without accommodation.  Capstone agreed to pay $50,000 and enter a 3-year consent decree under which it will make a series of changes to its hiring practices and procedures.

Employers should regularly review their hiring practices, particularly the types of tests they administer and questions they ask, to assess whether they may be creating barriers preventing disabled but otherwise qualified applicants from securing positions.  Requiring applicants to disclose the medicines they are taking or insisting that certain individuals undergo physical examinations because they were injured at one time in their career, is asking for trouble.  Employers should make every effort to ensure that the questions they ask and the tests they administer are job-related and consistent with business necessity, rather than apparently random requirements imposed for dubious reasons.  And, as always, employers considering applicants who disclose disabilities or potentially limiting conditions should be sure to conduct individualized assessments that consider how the applicant’s disclosed limitations/restrictions may affect their ability to perform the essential functions of the position with or without reasonable accommodation, rather than relying on assumptions and stereotypes.

Leaving no doubt that it will continue to aggressively focus on class-wide practices that create allegedly illegal barriers in hiring and recruiting—particularly those that include pre-employment tests and/or medical examinations—the EEOC announced two significant settlements after this article was posted on June 7, 2018.

On June 12, 2018, the EEOC announced a $4.4 Million Dollar settlement with Amsted Rail after a federal judge in Illinois ruled that the Company’s use of a nerve conduction test violated the Americans with Disabilities Act.  EEOC v. Amsted Rail Co., Inc., Case No. 14-cv-1292 (SD Illinois).  Amsted placed 39 applicants on a “medical hold” after receiving results from a nerve conduction test administered to the individuals after they received conditional job offers from the company.  Amsted argued that it was justified in doing so because the individuals with abnormal test results were at greater risk for developing carpal tunnel syndrome.  The EEOC emphasized when announcing the settlement that while employers may lawfully conduct limited medical examinations after making a condition employment offer, it is not an “anything goes” situation.  Rather than relying on such broad-based tests, the EEOC stressed that employers must conduct individualized assessments of each applicant’s ability to safely do the job for which they have applied. Notably, the EEOC also warned that employers cannot avoid liability for discriminatory hiring practices simply because a test or examination is administered by a third party medical vendor.

One day later, on June 13, 2018, the EEOC announced that CSX Transportation Inc. agreed to pay $3.2 Million to settle a lawsuit arising out of the company’s use of two tests given to individuals applying for more than three dozen job tests.  One test—the IPCS Biodex—was used to analyze upper and lower-body strength, while the other test measured aerobic fitness.  Noting that female applicants passed the tests at significantly lower rates than male applicants, the EEOC accused CSX of discriminating against female applicants because of their sex in violation of Title VII.  Employers using tests for employment selection purposes that cause a significant discriminatory effect or impact based on sex, must prove that those practices are necessary for safe and efficient performance of the specific jobs for which the tests are used.  Such tests are prohibited even if the employer can show they are necessary, if the EEOC can prove alternatives are available that enable the employer to achieve its objectives with a less discriminatory effect.  CSX must, in addition to agreeing to stop using the challenged tests, hire class members who apply for job openings provided the applicant is qualified and no other applicant has better qualifications.

Two days.  $7.6 Million Dollars in settlements.  There can be no question that the EEOC intends to aggressively pursue the goal set forth in its 2017-2021 Strategic Enforcement Plan to eliminate class-based discriminatory hiring practices.  Ignore this warning at your peril.